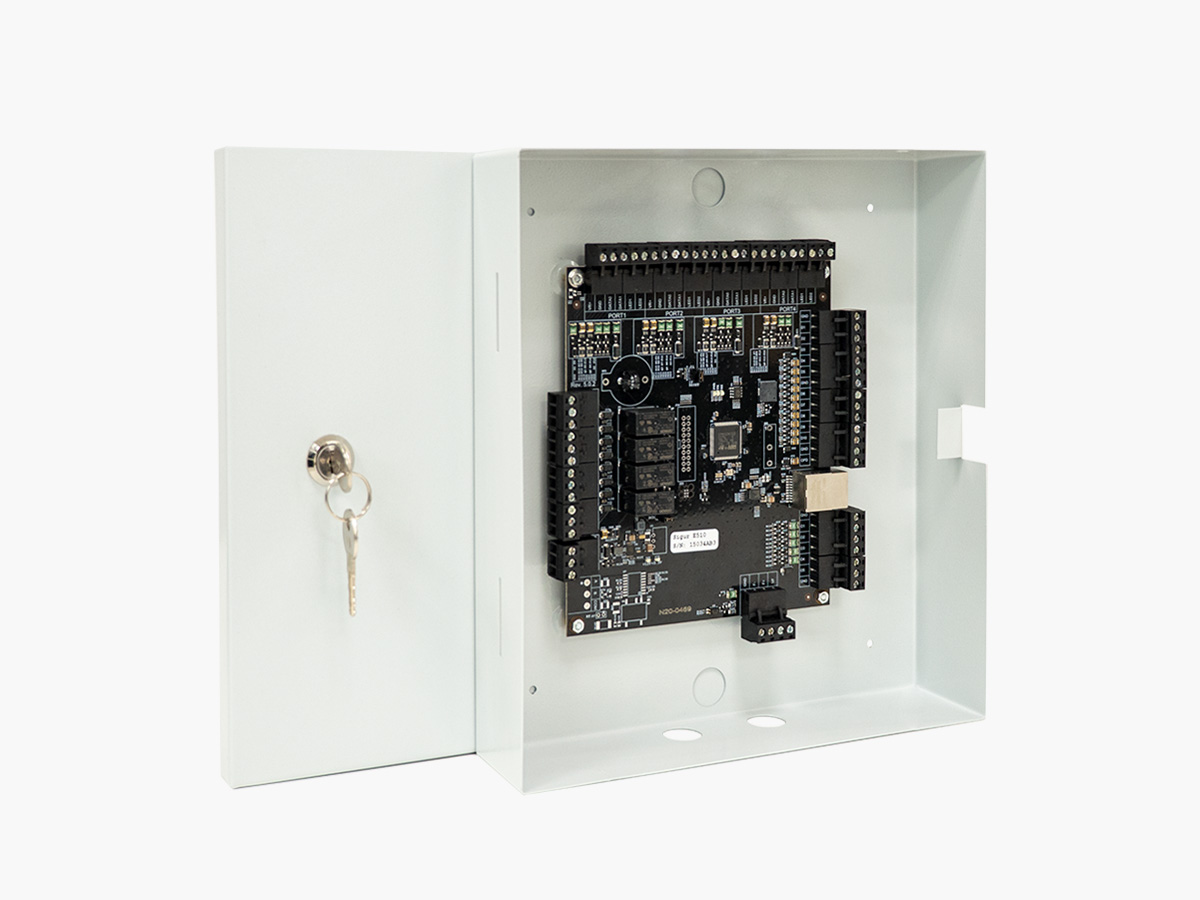 Up to four access points: doors, turnstiles, gates or barriers depending on the configuration and availability of terminals
Try & buy Download leaflet

The Sigur E510 controller is able to control various types of equipment - doors, turnstiles, barrier arms or gates. Depending on the settings, one controller can manage simultaneously 4 access points. The types of devices can be combined flexibly.

Distinctive features of the controller are DHCP and SNMP protocols support for quick addition of devices to the system and centralized monitoring, as well as an extended temperature range.

Additional equipment: card capture readers, breathalyzers, lights and others - connects directly to the controller. It does not require extension or similar devices.

The allocation of autonomous memory between keys, modes and events is configurable.

Connection to the ip network

The E510 controllers, like other Sigur IP controllers, connect directly to the local network. This feature makes their use at facilities with a developed IP infrastructure convenient, facilitating cable installation greatly. There is no limit on the number of controllers connected to the IP network. All data transmitted between the controllers and the system’s server is encrypted (SSL / TLS).

The IP network used can be of any complexity and length, including controllers that are able to interact via the Internet. Within the system, it is possible to combine any controllers and methods of building a network.

The controllers support the standard DHCP protocol for adding to the system, which allows the ACS server to identify the device in the system automatically.

Sigur E510 controllers support the standard SNMP protocol for monitoring the status of the device itself (for example, supply voltage) and most of the third-party equipment connected to it.

The following logics are implemented by the controller without direct involvement of the software. They can also be combined in any way.

The function requires a connection but its implementation does not create a dependence of the decision-making logic on the quality of the connection. Access decisions are always made autonomously and instantly.